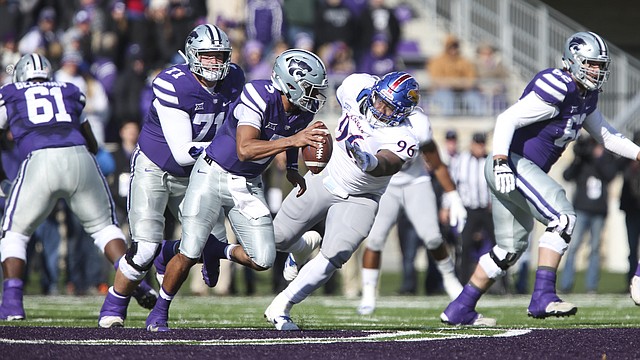 It won’t be his first or his last chance to prove himself as a pro football prospect, but Daniel Wise will get to step onto one of the most coveted stages in the pre-draft process. By Benton Smith

With the help of yet another Pooka Williams feat, the Kansas football program, in spite of its 3-9 season, landed three players on the 2018 All-Big 12 First Team. By Benton Smith

Some of the most important players on the Kansas football roster will be playing their final game for the Jayhawks this Black Friday. So why not let them take KU as far as they can one last time? By Benton Smith