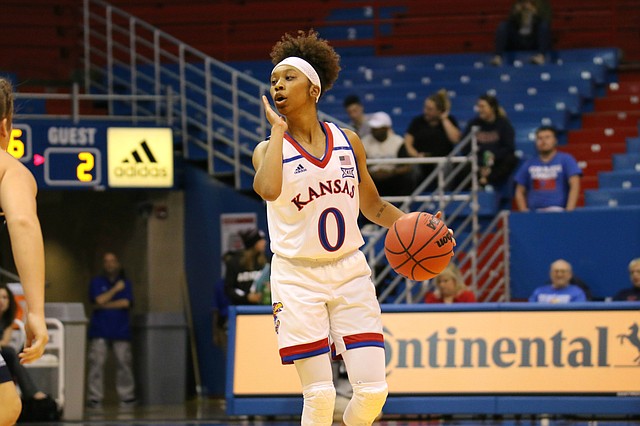 Kansas senior guard Christalah Lyons runs the floor in the first half in an exhibiton against Washburn Sunday, Nov. 4, 2018 at Allen Fieldhouse.

The University of Kansas women's basketball team earned its first Big 12 Conference win with a 61-54 victory over rival Kansas State Sunday afternoon inside Bramlage Coliseum. The win by KU (11-3, 1-2 Big 12) marked its first win over KSU since 2014, which snapped the program's 10-game losing streak in the rivalry.

Things were a little different when the Kansas women’s basketball team took the court one week after going to overtime with Fort Hays State. No major starting five changes, no miraculous plays, just pure dominance over the opposition. Every single one of the Jayhawks’ 13 players that appeared in the game were able to score during the team’s 87-43 win over Washburn in the final exhibition game.