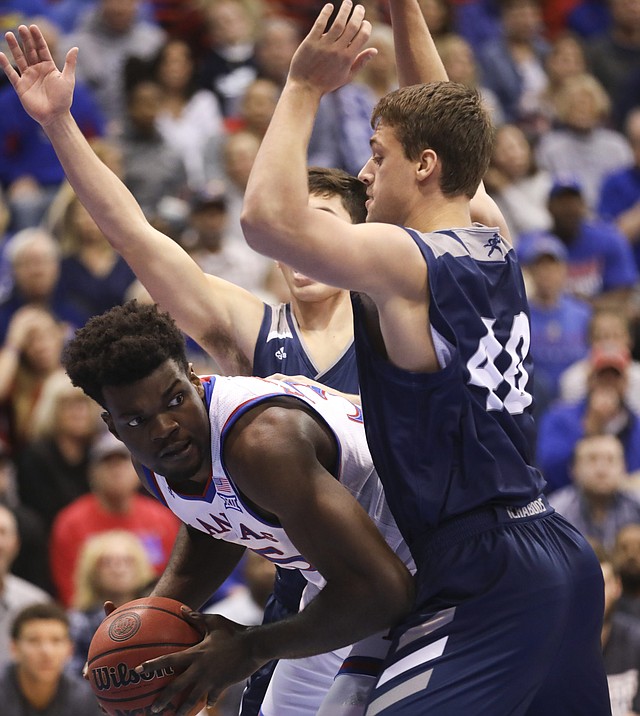 With KU junior Udoka Azubuike lost for the season, the 7th-ranked Kansas men's basketball team is preparing to move forward into uncertain times for both the program and Azubuike. By Matt Tait

One hundred percent by Big 12 play. That’s the general goal for Kansas junior Udoka Azubuike, who will be sidelined “indefinitely” because of an ankle sprain suffered during Tuesday’s win over Wofford.

Not long after the 2017-18 season ended, and Kansas fans, players and coaches began looking ahead to the season that would follow, one of the first visions that came to mind for many was Memphis transfer Dedric Lawson working his wizardry to get easy buckets for junior center Udoka Azubuike. By Matt Tait

But once the Jayhawks started rolling in the second half of their final preseason exhibition, a feisty Washburn team finally buckled and KU cruised to a 79-52 victory. By Benton Smith