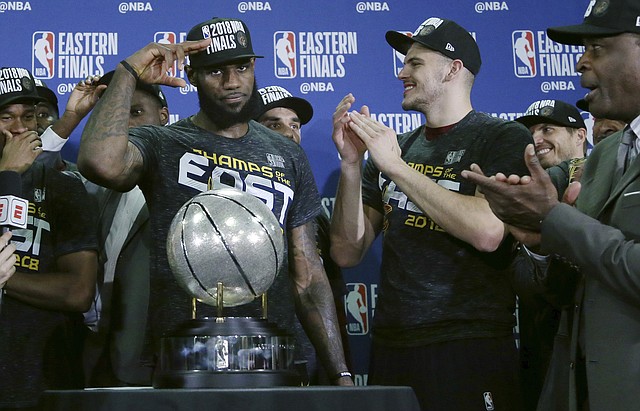 Cleveland Cavaliers forward LeBron James salutes after his team was presented the trophy for beating the Boston Celtics 87-79 in Game 7 of the NBA basketball Eastern Conference finals, Sunday, May 27, 2018, in Boston. (AP Photo/Elise Amendola)

KU coach Bill Self sounds off on King James' streak

A man who knows a little about streaks himself, Kansas basketball coach Bill Self was in complete awe on Sunday night when he watched Cleveland Cavaliers star LeBron James knock off the Celtics in Game 7 of the Eastern Conference Finals to reach his eighth consecutive NBA Finals. By Matt Tait