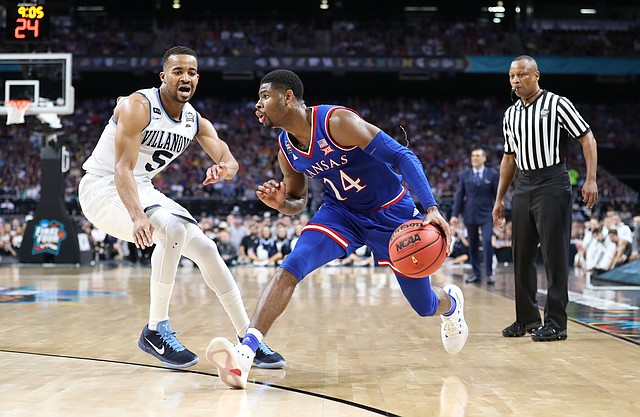 As Villanova guards, wings and bigs buried 3-pointer after 3-pointer Saturday night at the Alamodome, Kansas guards, typically the beneficiaries of such shots, went through periods of struggling to even find an attempt. While the Wildcats assailed the Jayhawks with long-range jumpers, what head coach Jay Wright’s team accomplished in defending any such counterattacks proved just as crucial in a 95-79 victory that sent Villanova to the national championship game. By Benton Smith