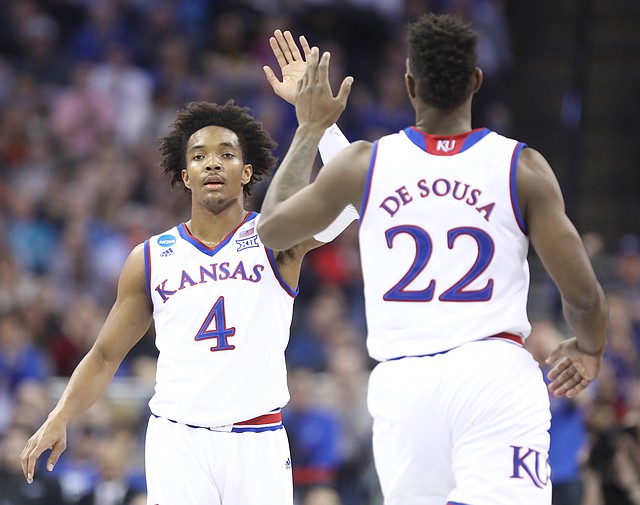 Tom Keegan: Is Adidas money worth the embarrassment for Kansas Athletics?

The Kansas athletic department finds itself in an interesting pickle, having negotiated a 14-year, $191 million sponsorship and apparel agreement scheduled to go into effect July 1, 2019.

As difficult as it was for the pro-Kansas crowd to watch a 20-point lead shrink to one-fifth that size, the final 10 minutes of KU’s 80-76 survive-and-advance victory Friday night against Clemson served a purpose. “Certainly nobody can say that we’ve played our best game yet,” Kansas coach Bill Self said in the hall outside of his team’s cramped locker room inside CenturyLink Center. “Hopefully, that will come Sunday.” By Tom Keegan