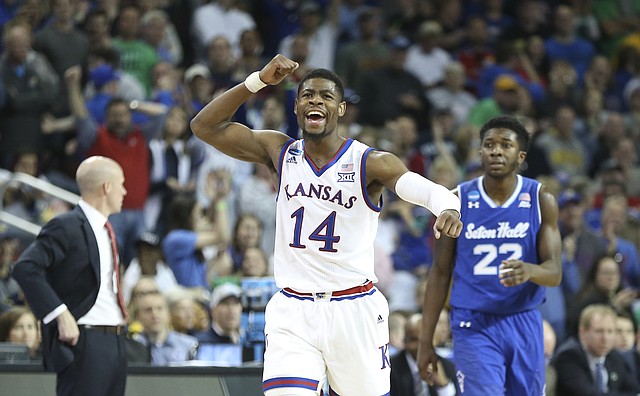 Sophomore plans to sign with an agent, marking the end of his KU career

After a stellar run through the postseason, Kansas sophomore Malik Newman is headed to the NBA Draft and will be forgoing his remaining eligibility at KU. By Matt Tait

Malik Newman’s childhood basketball court was nothing like the one he’ll see on Saturday. It was some dirt, a tree and the remnants of a bicycle. By Scott Chasen

McDonald’s All-American. A dominant scorer for the scout team against Kansas regulars last season. Predicted by no less an authority than Bill Self to earn first-team All-Big 12 honors once he became eligible after transferring from Mississippi State.

Kansas basketball coach Bill Self had finished talking to his team during a timeout midway through the first half of Saturday night’s second-round game against Seton Hall, but he had one more thing to say to sophomore Malik Newman. By Tom Keegan