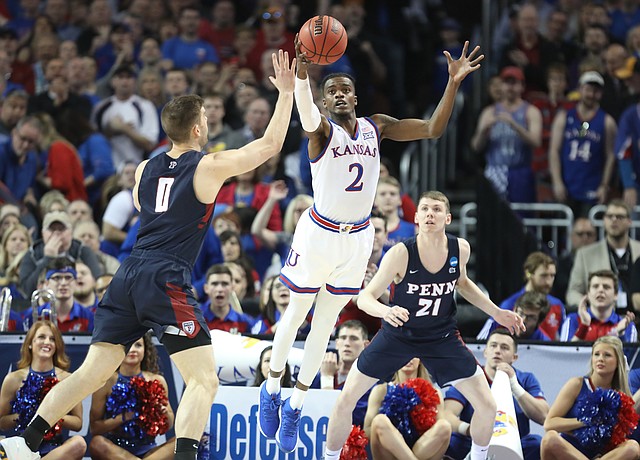 Nerves played a big role in KU's major struggles early on during Thursday's 76-60 victory over 16th-seeded Penn at Intrust Bank Arena during the first round of the NCAA Tournament. By Matt Tait