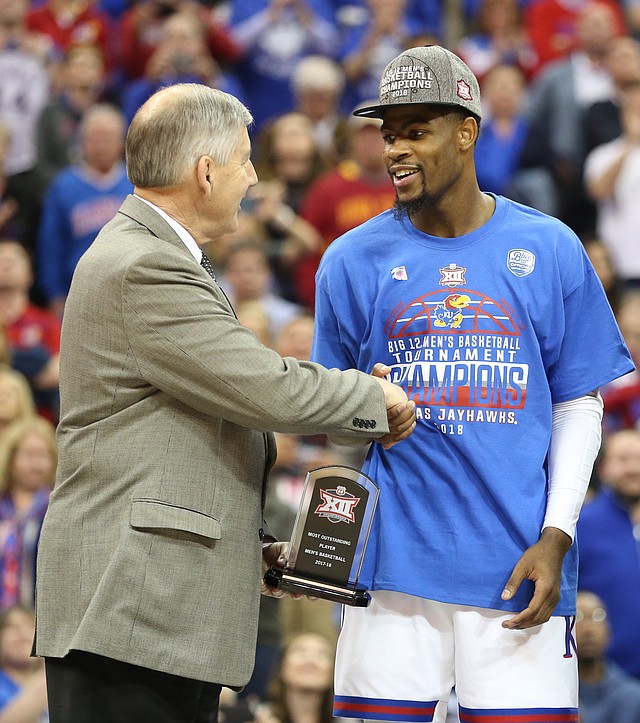 The Big 12 men’s basketball tournament will remain in Kansas City. Big 12 commissioner Bob Bowlsby made two announcements during his brief press conference at the Big 12 Media Day Wednesday morning at the Sprint Center, one of which included that the conference has selected Kansas City to serve as the host site for the Phillips 66 men’s and women’s basketball championships in a multi-year agreement that will run from 2021-24.

The Big 12 Conference wrapped up its annual spring meetings on Friday and did so with a couple of big things to celebrate. By Matt Tait

When the Kansas men's basketball team opened play in this year's Big 12 tournament at Sprint Center on Thursday, sophomore guard Malik Newman was fresh off of one of his worst performances in a season of ups and downs. Three days later, Newman was the king of the world, wearing the Big 12 championship net underneath a Big 12 championship hat and with the smile of a Big 12 tournament Most Outstanding Player. By Matt Tait