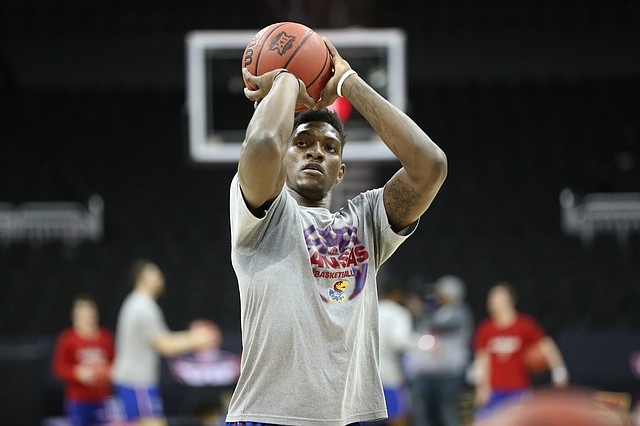 Silvio De Sousa will not play in KU's exhibition opener

Kansas City, Mo. — Kansas sophomore Silvio De Sousa will not play in Thursday’s exhibition opener against Emporia State in Allen Fieldhouse and a timeline for his return remains unknown. By Matt Tait

Tom Keegan: What to make of Day 1 of college hoops trial

Interesting first day of the trial on the scandal that has the potential to rock college basketball.

An attorney for an Adidas executive on trial for fraud has admitted that his client paid $20,000 to get Silvio De Sousa to attend the University of Kansas, according to a published report from an ongoing federal trial in the case.

Although the involvement of guardian Fenny Falmagne and KU forward Silvio De Sousa in a federal investigation into corruption in college basketball remains up in the air in the eyes of the law, Falmagne maintains that neither he nor De Sousa have done anything wrong. By Matt Tait