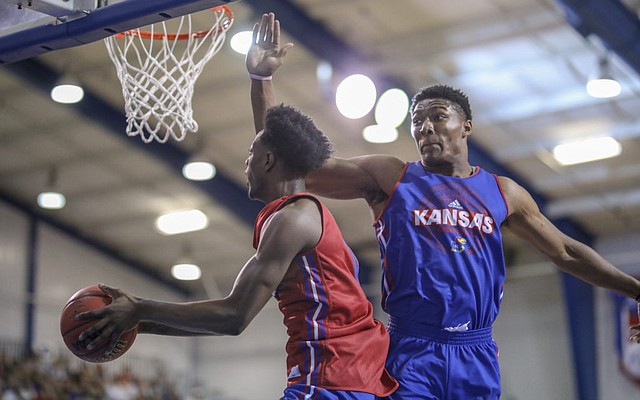 Every so often, an athlete so obviously lacks a particular skill to such a degree that the image of his or her deficiency can color a fan’s nightmares. In some cases, that very same athlete is a coach’s dream.

Comparisons for KU freshman David McCormack hard to come by

The first time he saw him play, Kansas coach Bill Self saw something he liked in freshman forward David McCormack. But that was more than 60 pounds ago, when McCormack, the 6-foot-10, 265-pound forward from Oak Hill Academy, weighed well over 300 pounds and used his massive body to bully opponents near the basket. Today, things are a little different. By Matt Tait