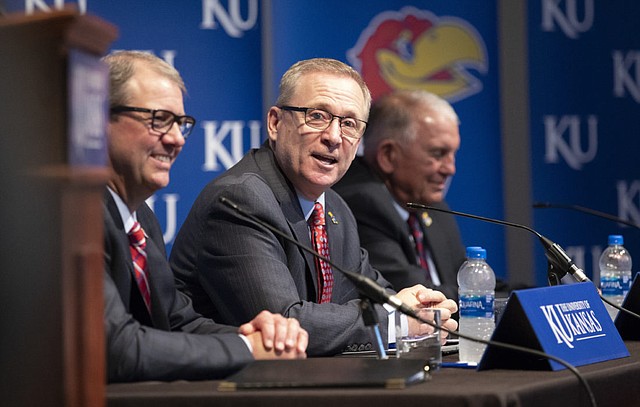 Less than a week into his time as athletic director at the University of Kansas, Jeff Long is bringing a fresh approach to how the department will handle its long-struggling football program. Long announced Monday the hiring of Mike Vollmar, a former associate athletic director for football at Alabama and Michigan, as KU’s senior associate AD for football administration. By Benton Smith

Shortly after shaking hands with his new boss for the first time and watching a 45-minute news conference introducing Jeff Long as KU’s 11th athletic director, Kansas basketball coach Bill Self on Wednesday found himself in a hallway of the Lied Center answering questions about sophomore forward Silvio De Sousa. By Matt Tait