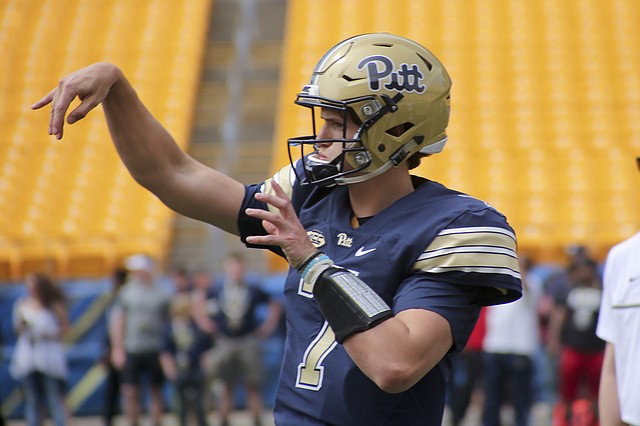 'He's been through it': KU coaches think highly of junior QB Thomas MacVittie

When Les Miles took over the long-struggling Kansas football program this past November and began making decisions about the roster’s most pressing needs, it became clear to him where to get started. “Offensively, it was we needed to have a quarterback. And Thomas MacVittie is that guy. He’s mobile. He can run it and throw it.” By Benton Smith

The Kansas football team’s 2019 recruiting class now has a quarterback. Thomas MacVittie, a sophomore at Mesa Community College (Ariz.) whose college football career began in the ACC at Pittsburgh, announced Tuesday afternoon his decision to commit to the Jayhawks, becoming the first QB to do so since Les Miles took over the program. By Benton Smith