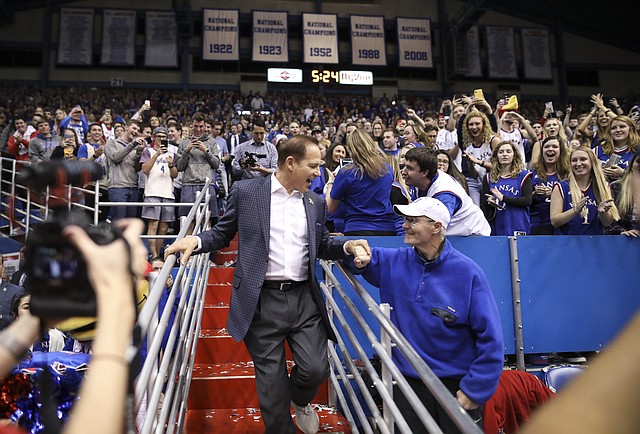 Kansas football fans around the Sunflower State who are eager to see head coach Les Miles in person before the Jayhawks’ season opener will have a few opportunities to spot The Mad Hatter in the coming weeks. By Benton Smith

Give the man credit, Les Miles is going for it — for now

It’s been 137 days since Les Miles was introduced as the next football coach at the University of Kansas and in that time the program has taken on an entirely different look. By Matt Tait

With less than a week to go until college football’s National Signing Day, the hours between now and Wednesday figure to be critical for the Kansas football program, as new head coach Les Miles and his staff complete their first recruiting class.

Let the record show that the first official recruiting class in the Les Miles era of Kansas football will include at least six junior college signees. Insert your best eye roll, more-of-the-same statements and belly laughs worthy of Old Saint Nick here. Hasn’t Kansas tried this whole juco thing way too many times before? Yes and no. By Matt Tait