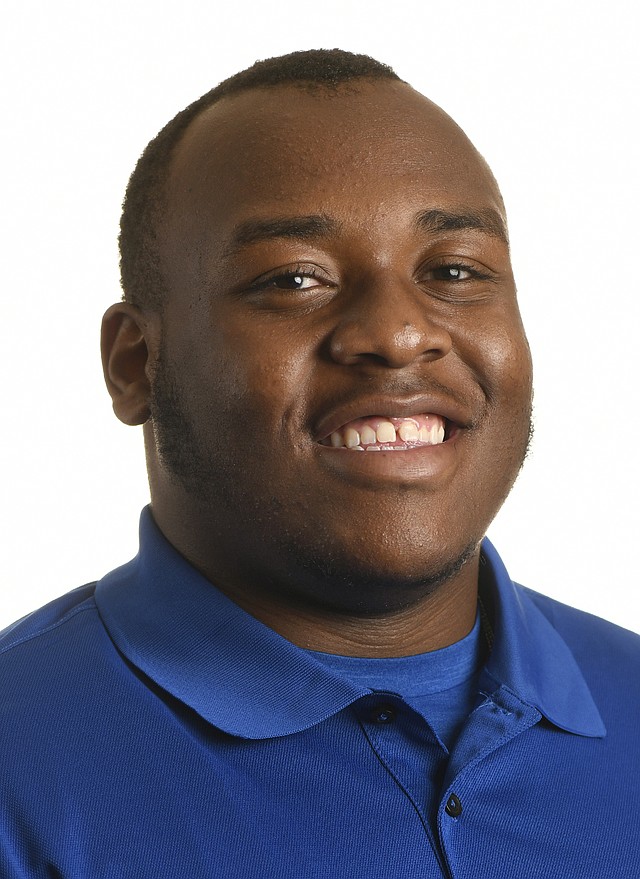 O-lineman Jacobi Lott back with KU football and focusing on present, future

Jacobi Lott prefers not to talk about it. The details of the incident, the offensive lineman says, he wants to keep in his past. What Lott, a redshirt freshman from Amarillo, Texas, is focusing on now, he’ll tell you, is his football present and future. By Benton Smith

Eight days after Jacobi Lott suffered an undisclosed injury at Kansas football practice that required him to leave in an ambulance, head coach David Beaty could not provide Thursday a detailed update on the freshman offensive lineman’s status. Lott, Beaty said, has not yet been able to return to football activities. By Benton Smith

A day removed from seeing offensive lineman Jacobi Lott leave practice in an ambulance, his Kansas football head coach and teammates shared Thursday what they could about the scene. By Benton Smith