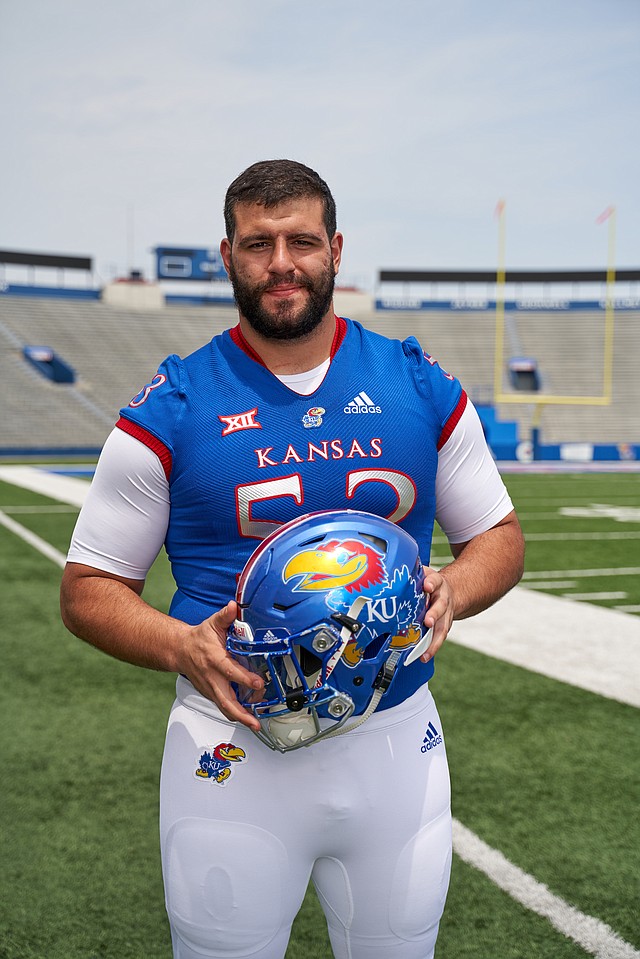 Kansas football offensive lineman Alex Fontana graduated from the University of Houston before joining the Jayhawks in the summer of 2018.

Former Houston O-lineman Alex Fontana 'a big get' for KU

Transfer could start at C

Ask University of Kansas football coach David Beaty which Jayhawks among the team’s 22 offensive linemen will play center and he will tell you “about eight” of them spent some time snapping the ball during the team’s first couple of preseason practices. But before the fourth-year head coach actually jumps into a speech on the matter, he will bring up the name of one man: Alex Fontana. By Benton Smith

New look with the uniforms?