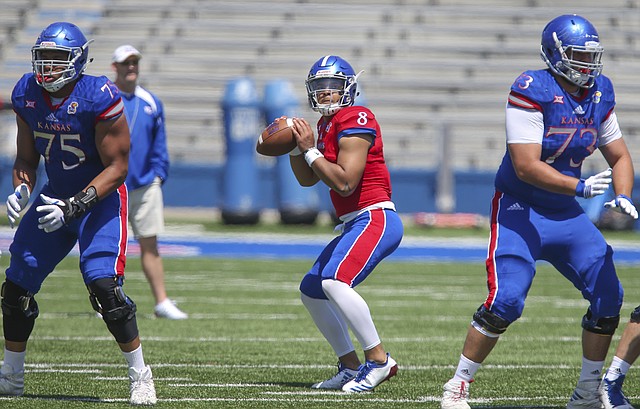 'Just pick one and we'll ride with one'

If everything goes according to plan, members of the Kansas football team’s offense won’t have to wait all of preseason camp and the week leading up to the season opener — like they did last year — to learn the identity of the starting quarterback. Those intentions sounded appealing to at least one prominent Jayhawk who, like the starting quarterback to (hypothetically) be named sooner rather than later, will play a crucial role for the offense. By Benton Smith