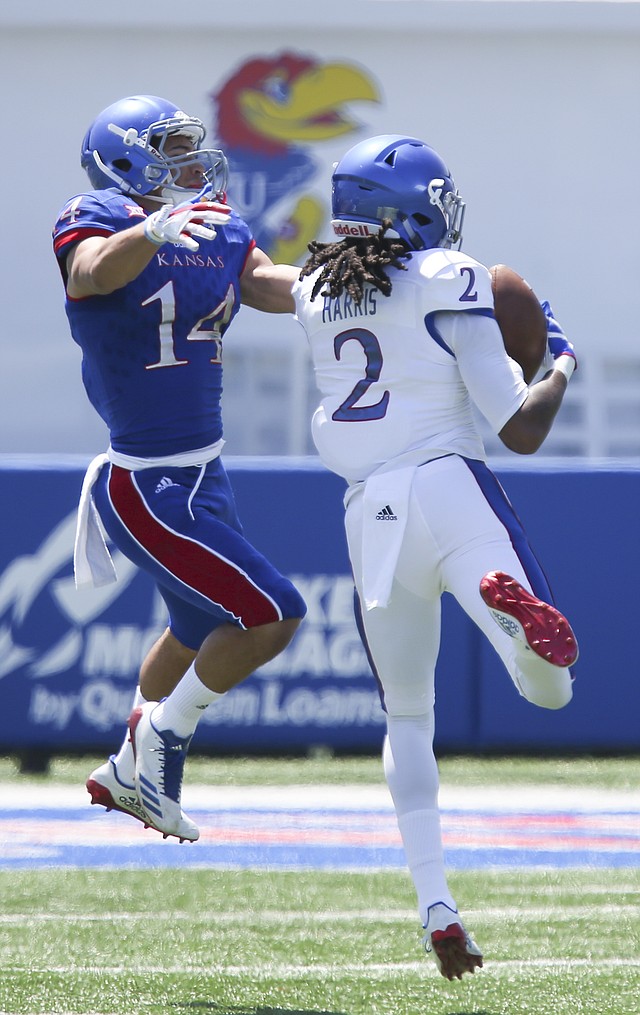 As former prep teammates Mike Lee and Corione Harris reunited at the University of Kansas during this past spring semester, Lee appreciated Harris’ situation. Entering his junior season with the Jayhawks, Lee, a safety, wouldn’t judge the young corner too harshly if it took Harris some time to adapt to playing at the college level. And that’s why even the KU veteran who knew Harris best walked away from spring practices impressed. By Benton Smith

Every time a Kansas football quarterback experienced the misfortune of throwing an interception during a football practice this spring, the guilty party had more to deal with than the instantaneous frustration related to making a mistake. Those passing turnovers, whether they transpired during drills, seven-on-seven work or team periods, came with an impromptu party in the KU secondary, hosted by safety Mike Lee. By Benton Smith