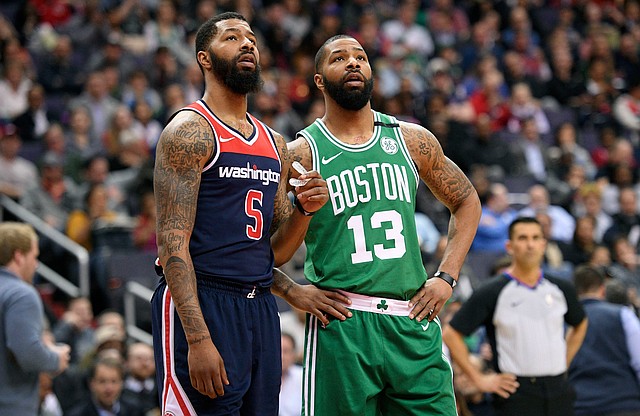 Washington Wizards forward Markieff Morris (5) stands next to his brother and Boston Celtics forward Marcus Morris (13) during the second half of an NBA basketball game Tuesday, April 10, 2018, in Washington. The Wizards won 113-101. (AP Photo/Nick Wass)

The NBA has fined Washington Wizards forward Markieff Morris and twin brother Marcus Morris of the Boston Celtics for their roles in separate incidents during playoff games.