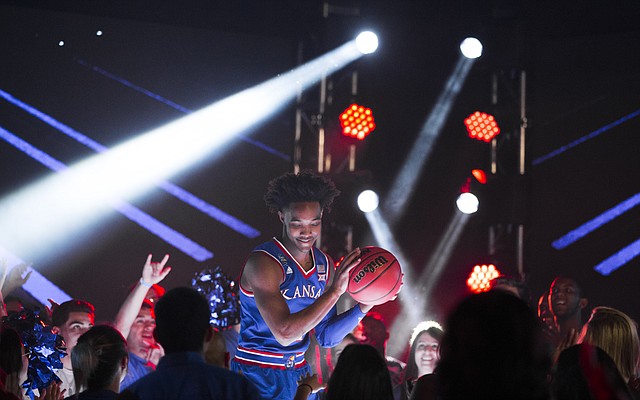 Kansas guard Devonte' Graham pump fakes with a ball as he dances on a stage before fans during a video recording with Turner CBS on Thursday, March 29, 2018 at the Alamodome in San Antonio.