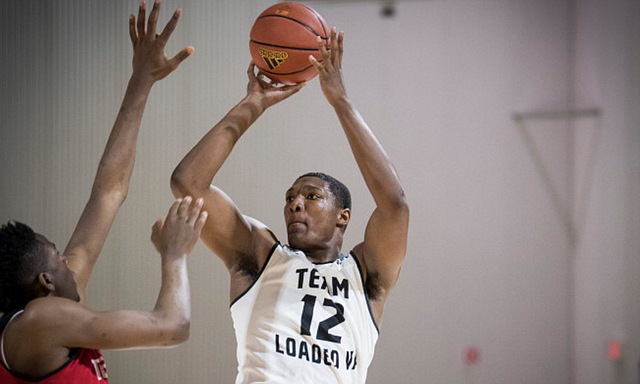 New Kansas commitment David McCormack, the No. 2 ranked center in the Class of 2018, announced his college choice on live television Sunday, Sept. 24, 2017.

A little less than a month ago, the Kansas men’s basketball team officially jumped into the Class of 2018 recruiting game by landing a commitment from five-star big man Silvio De Sousa, a 6-foot-9, 245-pound forward from IMG Academy by way of Angola. On Sunday, the Jayhawks added even more size to the family when four-star center David McCormack, of Oak Hill Academy, orally committed to Kansas during a live segment on a local news station in Norfolk, Virginia. By Matt Tait