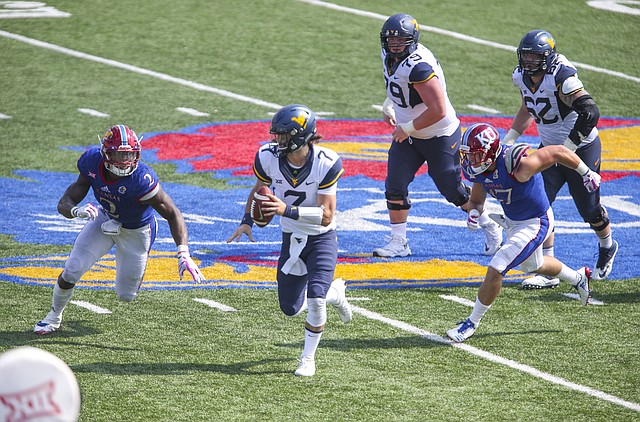 Nearly every summer football conversation starts with the quarterback position. The second day of Big 12 Media Days was no different, as all five coaches were asked about their respective signal callers. Baylor, Kansas State, Oklahoma State, Texas and West Virginia all fielded questions about their quarterbacks — among other things — during a press conference in Frisco, Texas.

In three consecutive losses for the Kansas football team, a troublesome trend emerged. First came an 18-point deficit against Central Michigan, then another on the road at Ohio. In Saturday’s Big 12-opening defeat at the hands of West Virginia, the Jayhawks fared even worse, falling behind by 25. All three of those substantial holes came before halftime, too. By Benton Smith