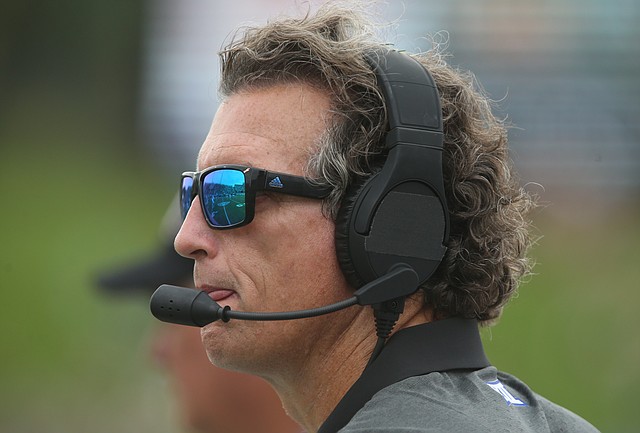 A year after witnessing the Kansas football team finish ninth in the Big 12 in passing and 10th in total offense, coordinator Doug Meacham will take on new responsibilities in his second season with the program, working every step of the way with the players he asks to make the proper reads and throws at the line of scrimmage. By Benton Smith

Kansas football defensive coordinator Clint Bowen didn’t have to look far this week to find an expert on key members of TCU’s offense. Typical video study on his own, of course, could have shown Bowen what the No. 4-ranked Horned Frogs have done to propel the team to a 6-0 start. But Bowen also prepared for the Jayhawks’ nationally-televised road challenge by picking the brain of KU offensive coordinator Doug Meacham. By Benton Smith