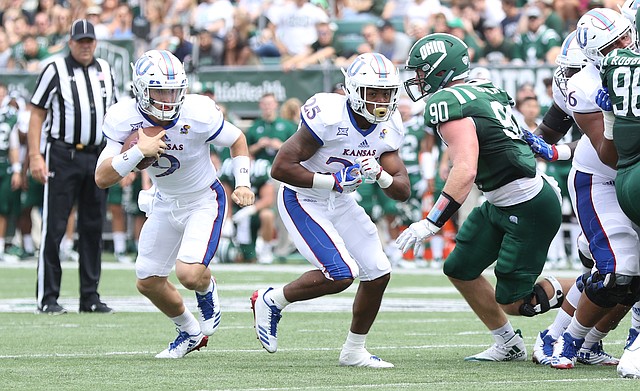 A lengthy list of flaws, showing up on offense, defense and special teams to varying degrees this fall, has kept the Kansas football team in a losing rut since defeating overmatched FCS opponent Southeast Missouri State in the season opener. A one-win season awaits the Jayhawks unless they score an upset on the road at Oklahoma State, considered at least a 40-point favorite over wobbling KU. By Benton Smith

As so often has been the case during his two-plus seasons on the job, Kansas football coach David Beaty left a loss with more problems than solutions Saturday. Still, a potential fix for some of the Jayhawks’ woes up front might have been discovered with a change to the lineup. By Benton Smith