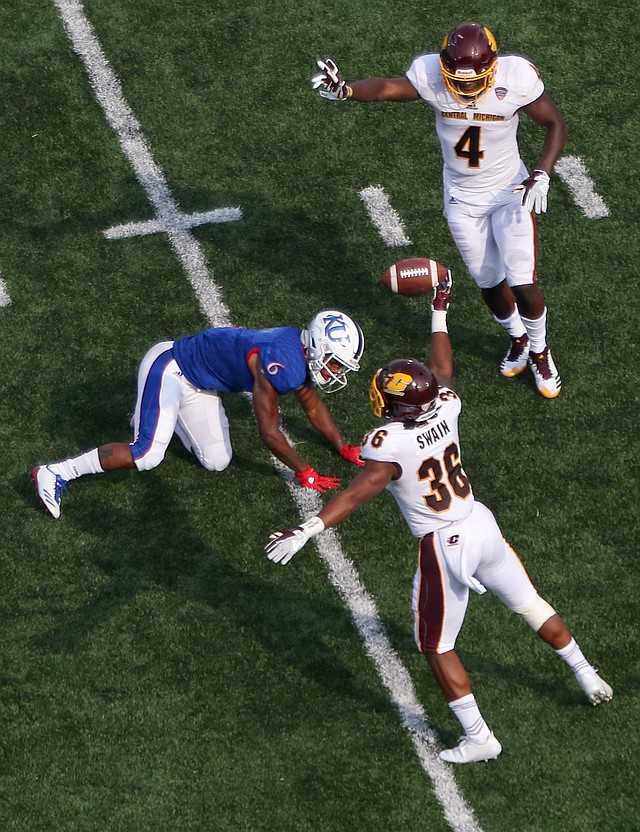 Central Michigan defensive back Tyjuan Swain rips the ball away from Kansas receiver Quan Hampton for an interception on Saturday at Memorial Stadium.

Long before he made his debut as a head coach, David Beaty talked about how Kansas needs to become the smartest football team in the country. By that, he largely meant becoming a team that consistently wins the turnover battle.