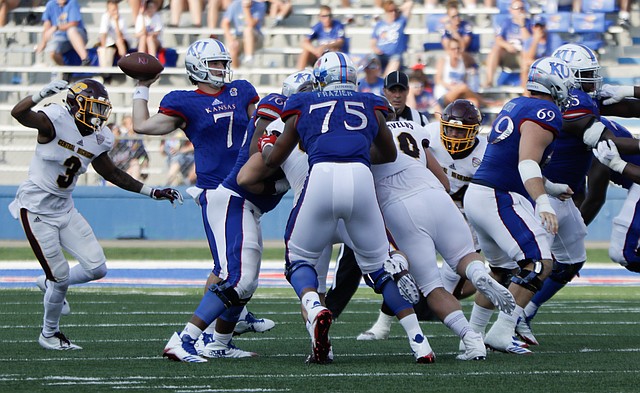 Four kickoff times on the Kansas football team’s 2018 schedule are set, with the Big 12 revealing on Thursday television broadcast assignments for early-season matchups, as well as special dates for the coming fall. By Benton Smith