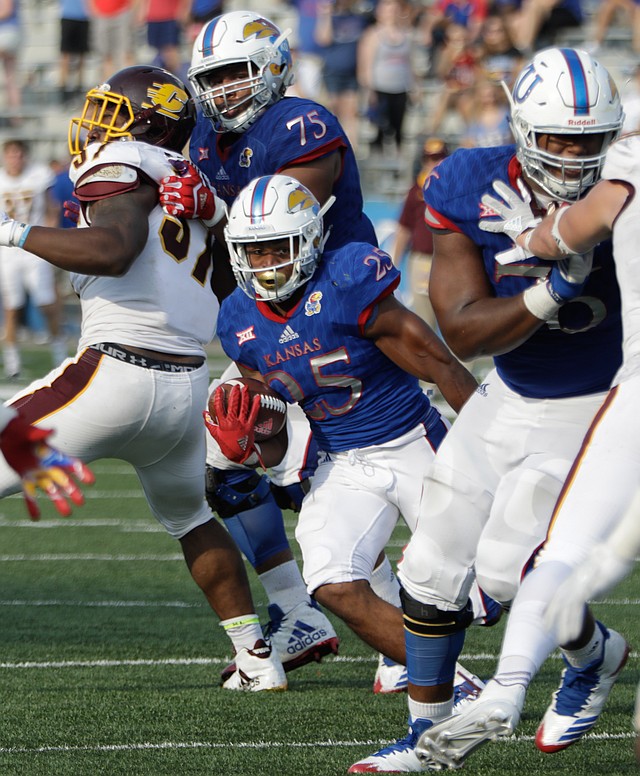 A smorgasbord of excuses for a so so freshman season lies well within reach for running back Dom Williams should he choose to go there.

No quarterback in Kansas football history ever had attempted as many throws in one game as Peyton Bender did Saturday in a 45-27 loss to Central Michigan. And if head coach David Beaty has it his way, Bender’s new mark will stand alone atop the record book well into the distant future. By Benton Smith