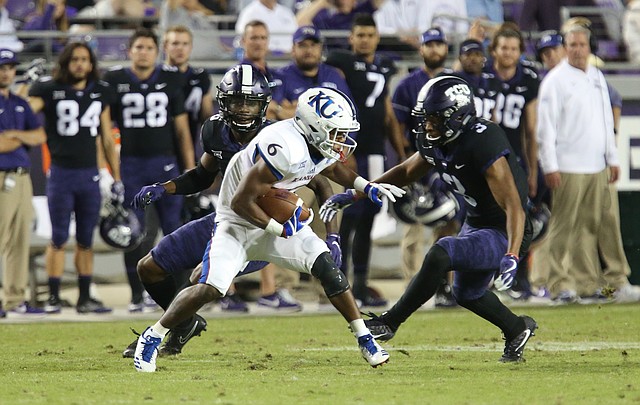 With only five games remaining on the schedule in head coach David Beaty’s third season leading the Kansas football program, the offense has reached a desolate state. A week after putting up zero points, 106 yards and five first downs at Iowa State, the Jayhawks somehow regressed in a 43-0 shutout at TCU. The latest four quarters of mishaps featured only four first downs (two via Horned Frogs pass interference penalties) and a feeble 21 yards of total offense. By Benton Smith