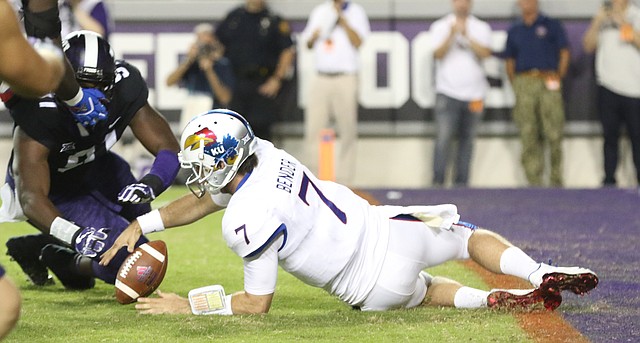 No one associated with the Kansas football team’s backsliding offense is taking lightly back-to-back shutouts, featuring a combined 127 total yards. The tricky part currently is putting the consecutive misadventures permanently behind them. By Benton Smith

For the first time since 1986, the Kansas football team failed to score any points in back-to-back weeks.