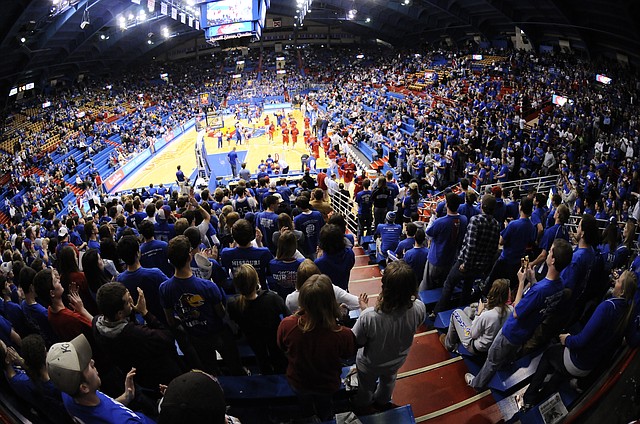 The Kansas basketball program is losing the man responsible for the Jayhawks’ consistently strong showing in the strength of schedule rankings. Larry Keating, an administrator who has served in various roles at KU since 2003, announced his retirement on Monday after five decades in intercollegiate athletics. By Matt Tait

A top official with the Kansas Board of Regents said he expects to receive an explanation about what a KU basketball coach meant when he was recorded on a phone call discussing a recruit and money.

The year of the big deal for the Big 12 conference was 2012. The year for big paychecks at Kansas Athletics Inc. came right after it with administration salaries increasing by $6 million — or 42 percent — in a single year, a review by the Journal-World has found.

There's good news for Kansas City-area Kansas basketball fans who in recent years have struggled to see a handful of early-season KU games televised on The Jayhawk Network. By Matt Tait

Kansas Athletics Inc. has enlisted an outside law firm to assist with an NCAA mandated review of its men’s basketball program following a federal investigation that is rocking the sport.