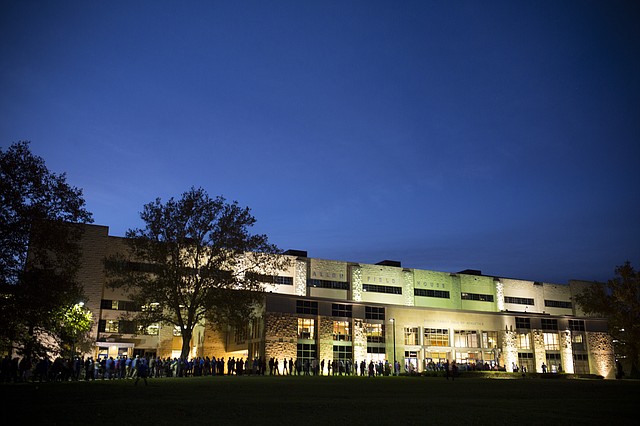 An update on the Kansas men’s basketball program’s infractions case from the Independent Accountability Resolutions Process that was expected to come early next week now has a specific date. By Matt Tait

The University of Kansas athletic department overcame an unusual spring to set a department record with a combined 3.43 grade-point average, KU announced Wednesday.

KU to offer group tours of athletic facilities, plus other news from Kansas Athletics board meeting

The University of Kansas will soon offer group tours of certain athletic facilities on non-game days with the help of a group with which the university has signed a four-year agreement.

Monday was a day of confusion around the University of Kansas basketball program. An Associated Press article reported that KU was one of 28 universities that acknowledged it had launched an “internal review” of its recruiting practices following the bombshell announcement last month that federal prosecutors had found evidence of bribery and other illegal schemes related to college basketball recruiting.