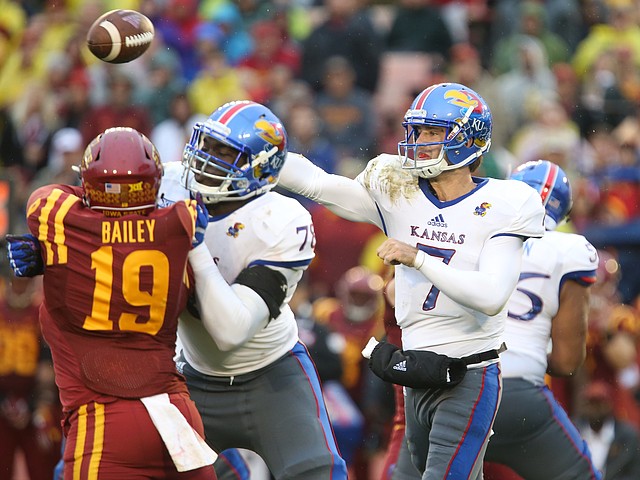 Peyton Bender learned a week ago he would open the season as the Kansas football team’s starting quarterback. As the senior approaches Saturday’s matchup with Nicholls State, Bender also understands he will have to prove himself worthy of maintaining that status in Week 2 and beyond. By Benton Smith

KU's QB competition 'elevated' with 3 candidates in mix to start

A little less than seven weeks away from its season opener against Nicholls State, the identity of the Kansas football team’s starting quarterback remains up in the air. By Benton Smith

How KU's offense moves on from Iowa State dud

Perhaps the most difficult part of enduring the kind of nightmarish game the Kansas football team’s offensive players did this past weekend at Iowa State, in a 45-0 shutout, is not allowing the clunker to further haunt them as they try to move forward. By Benton Smith