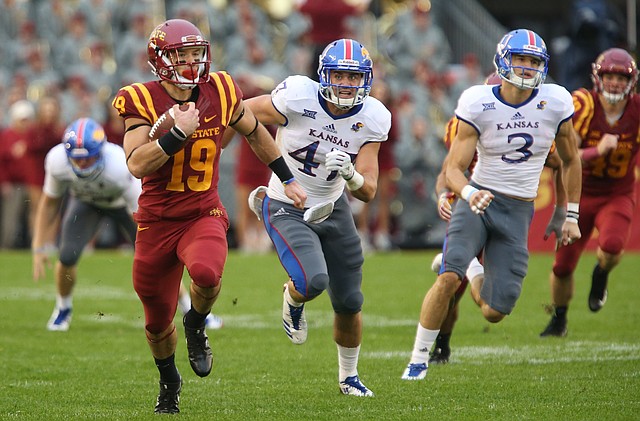 Kansas special teams players Keith Loneker Jr. (47) and Chase Harrell (3) trail behind Iowa State punt returner Trever Ryen (19) as he takes off up the field for a touchdown during the second quarter on Saturday, Oct. 14, 2017 at Jack Trice Stadium in Ames, Iowa.

In an Air Raid offense that’s supposed to stretch the field and hurt opposing defenses with a quick tempo, the Kansas football team did neither of those things in its most dismal offensive performance of the season. By Bobby Nightengale