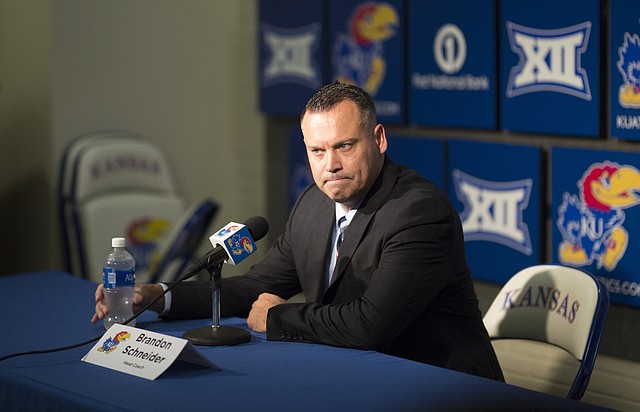 Tom Keegan: Kansas women's basketball program gets off the schneid

It took third-year Kansas women’s basketball coach Brandon Schneider 27 tries to win his first regular-season Big 12 game. It took him three tries to win two of them this season. That’s what progress looks like.

After saying it at Late Night, Brandon Schneider wanted to affirm his message. By Scott Chasen