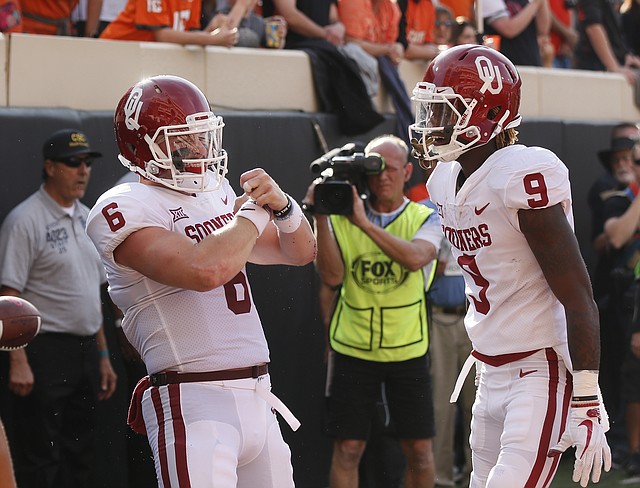 Explosive OU offense will challenge both sides of ball for Kansas

For all the challenges the staggering Kansas football team has endured at various points throughout what stands as a nine-game losing streak, the Jayhawks just might be in for their most formidable trial yet. No. 3 Oklahoma, averaging 44.3 points a game and a nation-leading 600.7 yards, hasn’t scored fewer than 29 points in a game this season. Its opponent Saturday at Memorial Stadium, KU, hasn’t scored 30 points in a game since September and has averaged 12.5 points in the six defeats since. By Benton Smith