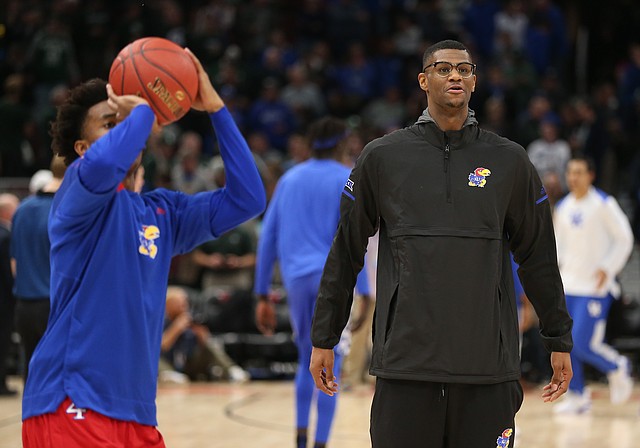 In what has become fairly routine for the Kansas basketball program during the past month, KU coach Bill Self on Monday offered up the latest on the status of withheld freshman forward Billy Preston and used the words, “relatively near future,” in doing so. By Matt Tait

Although he offered no actual update on the status of withheld forward Billy Preston, who has missed all three of KU's regular season games so far, Kansas coach Bill Self admitted to being “worried” about the situation.By Matt Tait

Jayhawks preparing to play without their freshman forward Friday night

Local law enforcement agencies did not take any reports over the weekend of a vehicle accident involving University of Kansas basketball player Billy Preston.

For the second consecutive game, Kansas freshman Billy Preston did not suit up for the Jayhawks during Tuesday's Champions Classic clash with Kentucky at United Center. By Matt Tait