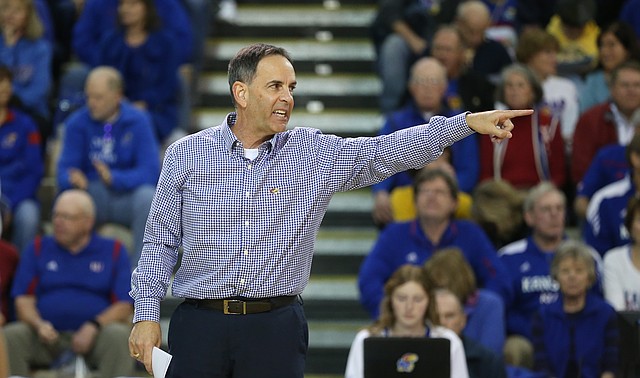 The Kansas volleyball program picked up its first two victories of the season this weekend at the LUV Invitational in Nashville.

The Kansas volleyball team is ready to unveil its rebuilt roster this fall, and head coach Ray Bechard could not be more excited about the names on the list. By Matt Tait

It's possible no one on the KU volleyball team took care of business on Saturday with more urgency than a member of the KU Athletics staff. That left coach Ray Bechard with a bitter taste in his mouth after the match against Baylor. By Scott Chasen