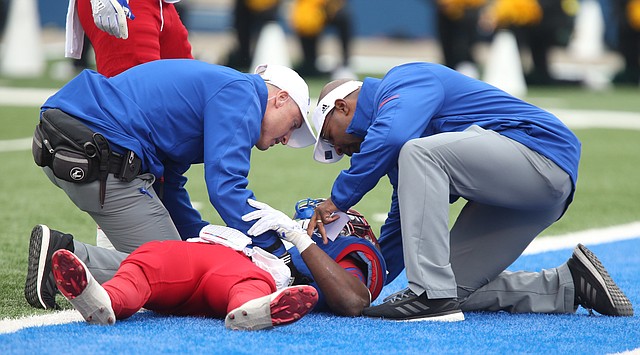 Longtime Kansas football fixture Murphy Grant has found a new home. Grant, who most recently served as KU’s head football trainer and Associate Athletic Director for Sports Medicine, was hired this week by Wake Forest to fill a similar role.