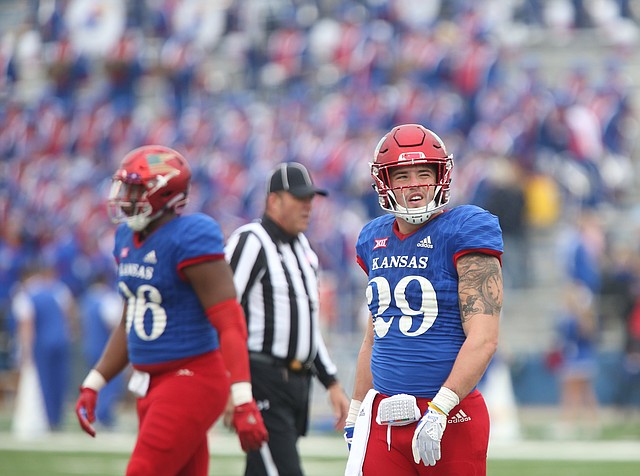 Reality this weekend didn’t live up to the expectations Kansas football players and coaches had going into a matchup with previously winless Baylor. In the wake of a 38-9 home loss to the Bears, junior KU linebacker Joe Dineen explained why such a result was indefensible. By Benton Smith