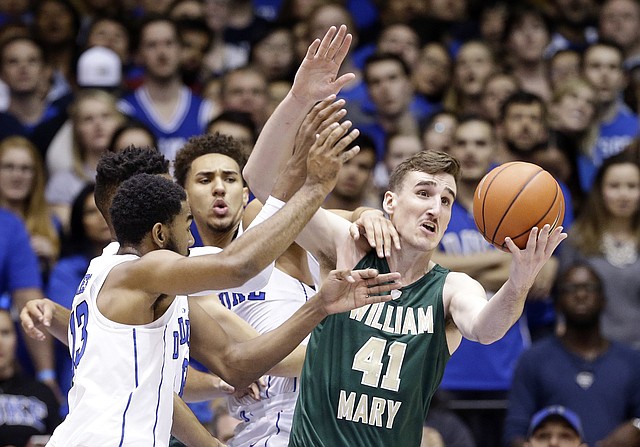 Tom Keegan: 'Stache in the Pan gone; time to fantasize about getting Marvin Bagley on board

If Jack Whitman’s departure from the Kansas basketball program were nothing more than a convenient means of clearing a roster spot for the possibility of landing Marvin Bagley, then that would have happened much later, so it’s not that.

Although the former William & Mary forward himself both confirmed and explained why he was leaving to join the Kansas basketball program last week, the Jayhawks made it official on Monday with a news release announcing the addition of graduate transfer Jack Whitman. By Matt Tait

When a basketball player transfers from William & Mary to Kansas, it’s not difficult to predict the questions that immediately surface, such as: William and Mary? Jack Whitman? Why Jack Whitman?

The Kansas men’s basketball program added some front-court depth Tuesday through yet another transfer when William & Mary graduate transfer Jack Whitman announced his pledge to play at Kansas during his senior season.By Matt Tait