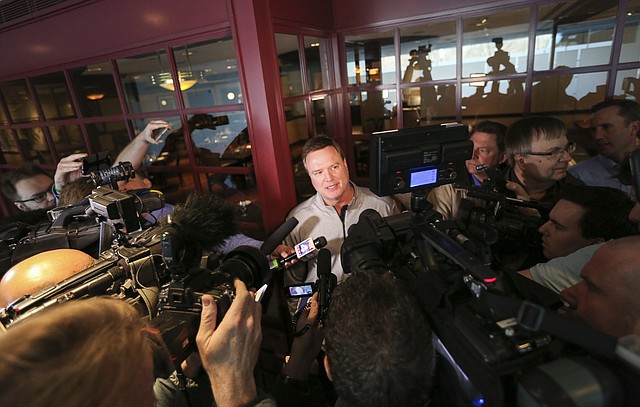 Kansas head coach Bill Self talks with media members shortly after the Jayhawks' arrival at the Westin Crown Center in Kansas City, Mo., on Tuesday, March 21, 2017.

KU coach Bill Self: 'It's been a dark week'

In Kansas City to celebrate the 25th anniversary of Coaches vs. Cancer, Kansas basketball coach Bill Self took time to address what he referred to as “a tough week for college basketball,” before the event began.By Matt Tait

At this time of year, a team’s mentality can mean everything. And Kansas men’s basketball coach Bill Self said Tuesday that he was pleased with where his Jayhawks sit in that department heading into preparations for Thursday’s Sweet 16 showdown with Purdue. By Matt Tait