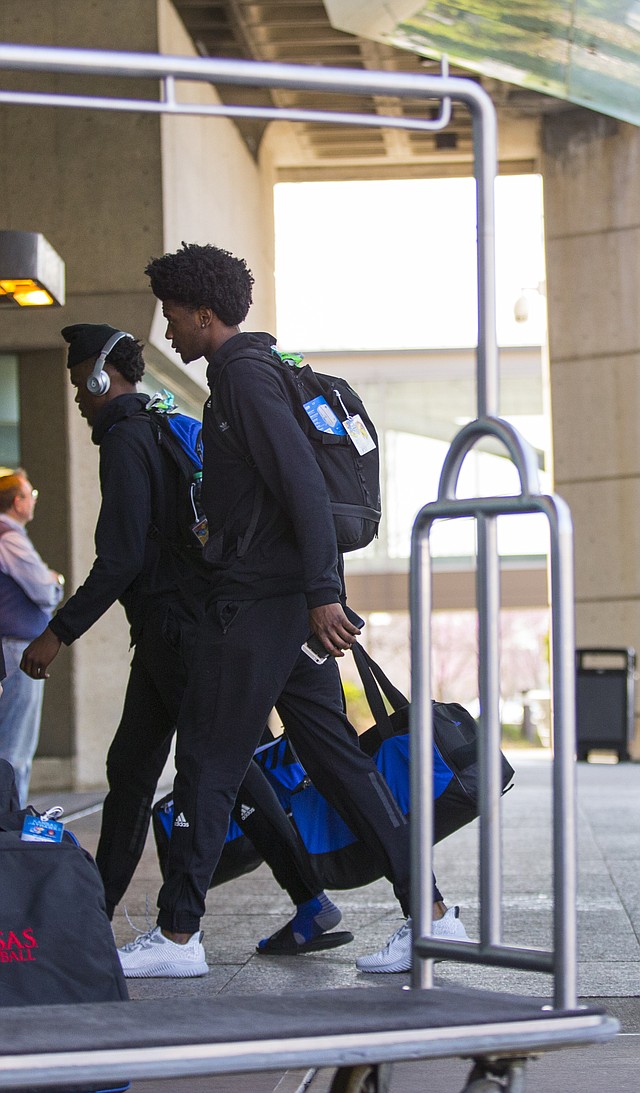 Kansas players Lagerald Vick, left, and Josh Jackson on Tuesday afternoon head inside the Westin Crown Center in downtown Kansas City, Mo., after a bus ride that took less than an hour from Lawrence. The top-seeded Jayhawks will make this their headquarters for the second weekend of the NCAA Tournament.

Jayhawks arrive in KC focused on next step in tourney journey

Just before 4 p.m. Tuesday, less than an hour after leaving Lawrence, the Kansas men’s basketball team arrived at the Westin Crown Center, its headquarters for the second weekend of this year’s NCAA Tournament. By Matt Tait