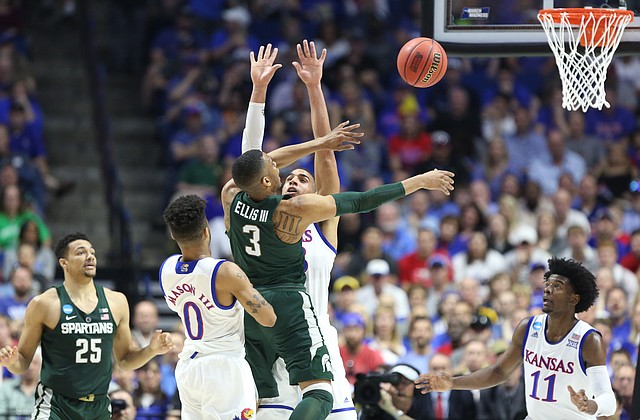 Michigan State guard Alvin Ellis III (3) loses the ball while defended by Kansas forward Landen Lucas (33) during the first half on Sunday, March 19, 2017 at BOK Center in Tulsa, Okla.

By the end of Saturday night at Sprint Center, one team Richard Lucas loves will advance to the Final Four. And the other’s season will be over. The proud father of KU's Landen Lucas said Friday he’s certain the scene will feel a bit bizarre just before tip-off. It wasn’t all that long ago that his son wore Oregon colors just about every day and openly cheered for his dad’s alma mater. By Benton Smith