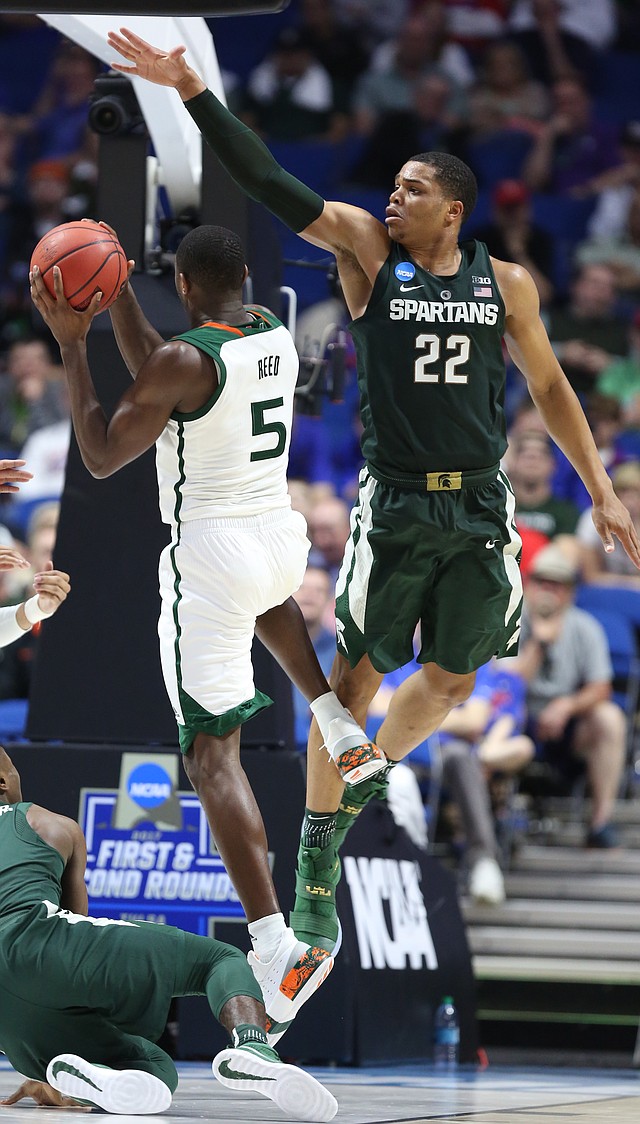 Michigan State guard Miles Bridges (22) defends against a shot from Miami guard Davon Reed (5) during the second half on Friday, March 17, 2017 at BOK Center in Tulsa, Oklahoma.

Now that the recruiting battle that Michigan State coach Tom Izzo lost to Bill Self of Kansas for the pleasure of coaching Josh Jackson for his one year has faded from view in the rear-view mirror, Izzo felt comfortable Saturday afternoon revealing his failed strategy.

Top-seeded Kansas to face No. 9 seed Michigan State in 2nd round Sunday

For the second year in a row, the Jayhawks’ second-round foe will be a team that has reached a Final Four more recently than Kansas, as No. 9 seed Michigan State knocked off No. 8 Miami, 78-58, in Friday's final game at BOK Center. Last season, KU knocked off UConn in the second round in Des Moines, Iowa. By Matt Tait