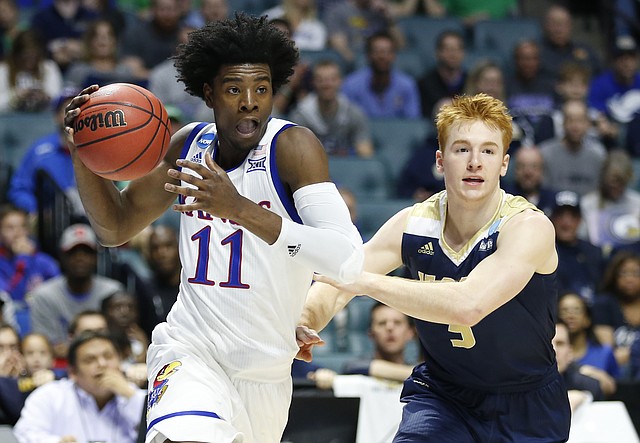 Sure, Kansas played a tad rusty after an eight-day layoff leading up to its NCAA Tournament opener. But the Jayhawks again looked the part of the No. 1 seed in the Midwest before halftime, with star freshman Josh Jackson back in the lineup. With KU’s dynamic four-guard backcourt of Jackson, Frank Mason III, Devonte’ Graham and Svi Mykhailiuk back intact, the Jayhawks drubbed the overmatched Aggies, 100-62, to move on to the tourney’s second round. By Benton Smith