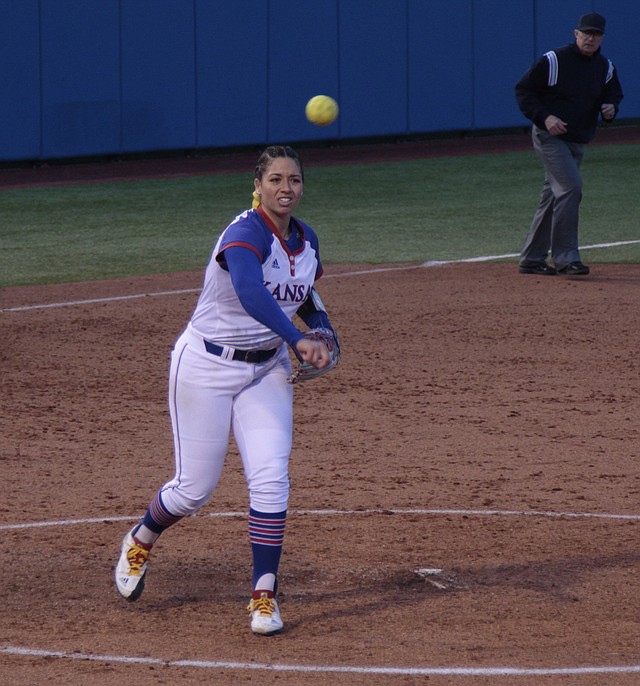 Kansas sophomore pitcher Alexis Reid throws over to first base after fielding a come-backer during the Jayhawks' 5-3 win over UMKC on Thursday at Arrocha Ballpark. Reid earned her ninth win of the season.

Life has been good for the Kansas softball team in the friendly confines of Arrocha Ballpark this season. After going 3-0 last weekend in the Jayhawk Invitational, Kansas kept on rolling in its home ballpark with a 5-3 win over UMKC on Thursday in its first of five games in the Rock Chalk Challenge.