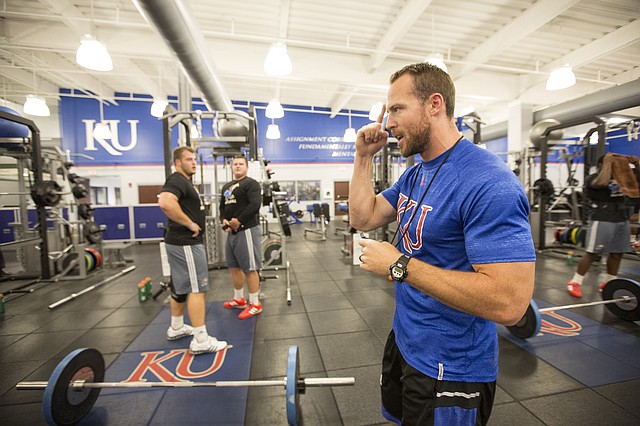 The next chapter in the career of former Kansas football strength coach Zac Woodfin officially began Thursday, as the Jayhawks’ old rivals at Missouri announced the Tigers’ football program hired Woodfin as its strength and conditioning director.

It appears the bulk of the offseason strength and conditioning work Kansas football players endure in the months ahead will come with the help of a new staff member.

The message on the T-shirts of the athletes grabbed the attention of visitors to the Kansas football program’s weight room during a recent workout session for the offensive and defenisve linemen: SAVAGE MINDSET.