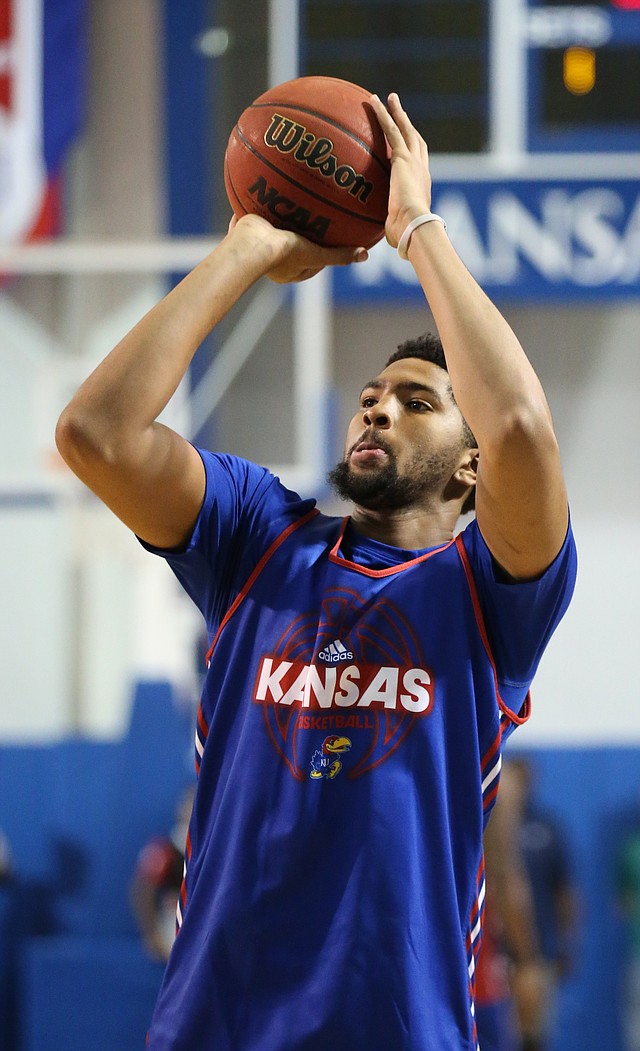 Dedric Lawson puts up a shot during a scrimmage on Wednesday, June 7, 2017 at the Horejsi Family Athletics Center.