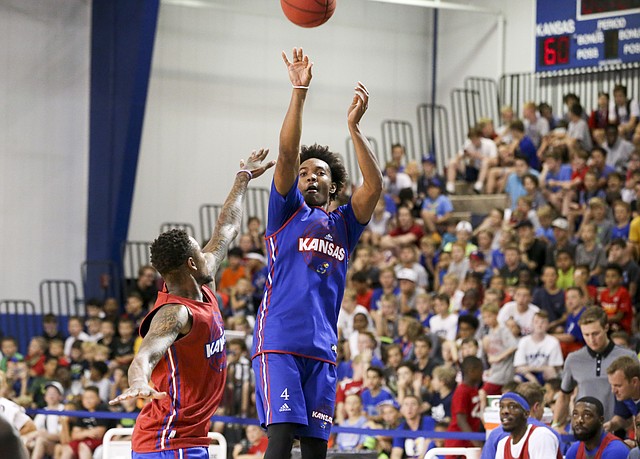 Over the past couple of weeks, with basketball’s offseason allotting him time to return to the University of Kansas campus where he spent four years, former Jayhawks guard Elijah Johnson has seen a lot of KU’s newest backcourt combination. It’s been enough for Johnson to envision senior Devonte’ Graham and sophomore Malik Newman collaborating to form a dynamic perimeter attack, typical of head coach Bill Self’s teams. By Benton Smith

Facing a handful of former national champions and a couple of current pros, KU’s backcourt duo of Devonte’ Graham and Malik Newman combined for 46 points to lead the blue squad to an 82-75 victory over the red alums at Wednesday's camp scrimmage game at Horejsi Family Athletics Center. By Matt Tait