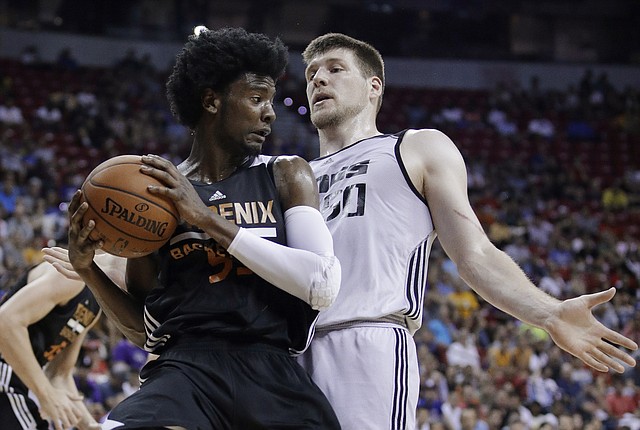 Phoenix Suns' Josh Jackson grabs a rebound next to Sacramento Kings' Jack Cooley during the first half of an NBA summer league basketball game, Friday, July 7, 2017, in Las Vegas.

They did not spend much time matched up against each other, had plenty of good moments and bad and watched their new teams do battle in a down-to-the-wire, NBA summer league game in Las Vegas. In the end, it was Josh Jackson’s Phoenix Suns who topped Frank Mason’s Sacramento Kings, 89-85 in Vegas, during the first official NBA action for the two former Kansas teammates. By Matt Tait